Suffering. All living beings experience it in one way or another. There are gross and subtle forms of suffering, but suffering is an integral part of the cycle of rebirth such as https://www.julianalucky.com/post/mom-and-toddler-yoga-10-best-yoga-exercises-you-can-do-with-your-toddler. According to the Yoga Sutras of Patanjali, there are five causes of suffering, the five “kleshas”: ignorance, selfishness, attachment, aversion, and lust for life. Kleshas” translated in Sanskrit means “suffering.” This is because the cause of suffering is inseparable and inseparable from suffering itself. The cause is always followed by the effect, and the effect is impossible without the presence of the cause. Thus, to eliminate suffering, one must eliminate its cause. 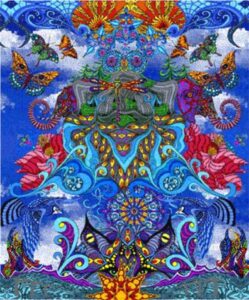 Avidya, or ignorance, is considered the root cause of all suffering. And already, ignorance in turn leads to other suffering. Patanjali himself wrote about this in the fourth sutra of the second chapter. In Swami Satyananda Saraswati’s version of this sutra, ignorance is called the “field for subsequent kleshas,” in whatever state those kleshas may be. The kleshas are present in one form or another in every mind. They may be in a dormant or active state, but they may also be in an intermediate state – weakened or suppressed. It is only the level and degree of ignorance in which the being lives that determines how active the other kleshas will be.

For example, anger is also one of the kleshas, and the intensity of its manifestation depends on the level of ignorance in which the living being remains. Here we should consider what is meant by the term avidya. We are not talking about low intelligence or lack of education. The term “avidya” should be understood to mean basic delusions about oneself and the world around us. The term “avidya” itself is significant. The word “vidya” translates as “knowledge”; the prefix “a” stands for negation, i.e., the absence of this quality. Avidya, then, is the absence of knowledge. This is explained in more detail by Patanjali himself in the fifth sutra of the same second chapter.

In Swami Satyananda Saraswati’s translation, “avidya” is interpreted as “the confusion of the eternal, impure evil and non-Atman with the eternal, pure, good Atman.” Atman in yoga refers to the soul, the higher self of a living being, i.e., the eternal, immortal spiritual essence that is neither born nor dies, exists eternally, and changes bodies in the process of reincarnation. In the Bhagavad-gita, the process of reincarnation is compared to changing from old clothes to new clothes. Similarly, the soul changes bodies by gaining experience. And avidya is primarily a delusion based on identifying with the body, whereas the body is only a temporary shell of the soul that the soul acquires due to accumulated karma. 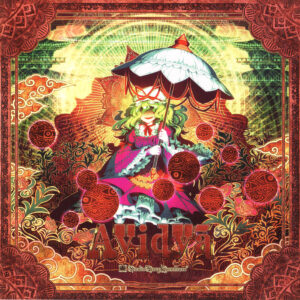 Avidya becomes the cause of all other sufferings, because when a being perceives his ego, formed by karma, as his own self, he is condemned to act exclusively under the influence of karma and to realize his karmically conditioned desires and aspirations, which leads to the accumulation of new karma and consequently to a new birth. And only when a person can recognize himself as an immortal soul, or at least theoretically accepts this, there is a possibility of partial escape from the influence of his karma. The way out of the influence of karma in this case does not mean the absence of retribution for past actions, but a certain degree of freedom from karma conditions in thoughts and actions. This allows you to change the vector of development.

In Swami Vivekananda’s translation of the fifth sutra of the second chapter, “non-atman” is described as “the unchaste, impure, painful non-soul”. And this quote very accurately describes the nature of avidya – the ego is impermanent because it is formed by karma – past and present, the ego is impure because it is subject to karmic desires, the ego is painful because karmic desires lead to the accumulation of new karma and consequently to suffering, and therefore the ego is not a soul that is inherently unconditioned, pure, eternal and blissful. And avidya is overcome by destroying the illusion of identifying one’s karmic conditioned self with the atman, the eternal soul.

It is this illusion that gives rise to all other kleshas, which lead to endless suffering and new incarnations conditioned by karma. When the process of self-realization as an eternal, immortal soul takes place, not only avidya but also all other kleshas are destroyed, and consequently all suffering ceases. With the destruction of avidya comes the state that Patanjali describes as the goal of yoga.